*Please Note: Part of this post is Sarcastic, and part of it is my actual opinion. Use your best Judgment to figure out which is which.  Also, I say Bitch cuz I don’t know their names individually*

Yes, it’s time somebody said it.  I’m sick of it.  Being Strong, Black, and Independent is hard work, and frankly I quit.  Feel free to judge me, the SBI part of myself that still exists deep down inside judges me everyday.  But real talk, that shit is so HIGHLY over-rated.  I honestly can’t believe I fell into that trap.  I blame Beyonce. It’s clearly all her fault. 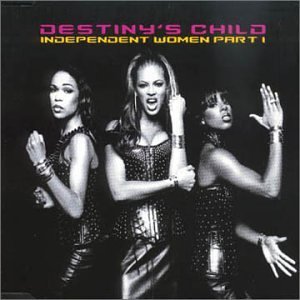 Actually, you know who I blame for this “Women can do Everything that a Man can do” Movement . . . That GotDamn Rosie the Riveter from WWII. This bitch, in her do-rag with visible arm muscles told American Women, “Since the War is gonna kill all the potential men in your life anyway, Be Strong and Support Your Country.” 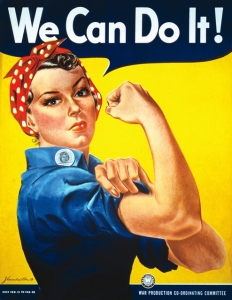 Rosie’s muscular ass had women running out of the kitchen into the work force.  All of a sudden, women are going to get jobs, and paying for their own make-up and shit.  Then along comes this bitch Mary Kay, and her cousin Avon. . . You mean I can own my own Business?!?!? What the hell do I need a man for?  He can’t do anything for me, but make me sad that I didn’t get an education.

So then, these bitches were like, I’m finna go to school.  Like get a real education and not a degree in Home Economics. Oh, and GotDamn Mary Tyler Moore, it’s that bitches fault too . . . Running around by herself in a big city, like women can take care of themselves. 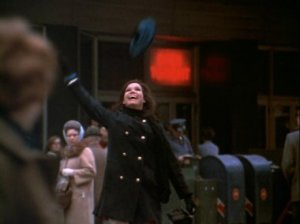 If that wasn’t enough, the 70’s brought the Feminist Revolution.  Self-Righteous Bitches standing in the Got Damn Streets burning Bra’s. Talking about they want Equal Pay for Equal Work, and Childcare for their children. Then, Roe vs. Wade was all: you don’t even have to HAVE children if you don’t want to. So in order to spread the word, Bea Arthur all had an abortion on TV #AndThenTheresMaude

The 80’s brought shoulder pads, and Women in the Government.  Bitches was making laws, and having a REAL say in what society should focus on.  This is NOT OKAY.  Don’t you people read the Bible?  Women are for procreation, beating, and taking care of the kids.  Our Opinions don’t matter, that’s not what we are here for! If I was a dude, I would be pissed at us women right now. Because in most cases, Strong {Black} Independent Woman = Lonely Bitter Bitch. 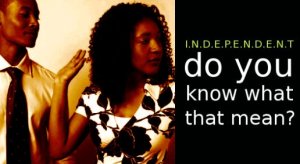 Now, in the era of “Fcuk for Child Support,” I can finally admit that I am so tired of being Strong Black and Independent.  The problem is, catching me an athlete is gonna be hard. As I am not Armenian, nor am I stupid, nor do I know all the words to most Gucci songs, I might not be at the proper level of HoodRattedNess yet . . .

Clearly, I need to start shopping at Rainbow Plus, and only wear shoes that I have painted red at the bottom. Or, I can find me a White Athlete. Cuz they don’t know yet, that they will never be the famous people on their team.  Yes, that’s what I’m gonna do! ‘Cuz I’m down with the Swirl, are you?!?

Being the only child of a Strong Single Black Woman makes you want to be one too.  You look at all the things your mother was able to accomplish, (2 Masters Degrees in Education, Exec Level Job at GM before becoming a Teacher) you think to yourself, if she can do it, so can I. 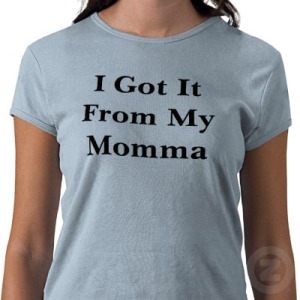 So finding your significant other isn’t really a priority.  Because you *think* that when you want it to happen, it will. Except you didn’t expect that the economy would go into a free falling decline, that even education wouldn’t be a dependable job, that you would have bills come out of nowhere, and that everything would just completely fall apart.  *You also didn’t count on all the Club Heauxs trapping the good men at the club.*

Once that happens, you are no longer Strong; you’re just

Black and Doing this Shit By Yourself.

When I walk into my house, I walk into it, alone.  When I wake up in the morning, I eat for one.  Buying groceries isn’t a priority, because I’m just cooking for one.  Yes, sometimes that reality is depressing as shit. But more than that . . .

Do you know how EXPENSIVE it is to be Black and Doing this Shit By Myself? I have such a beautiful apartment . . . and that spot eats my ENTIRE paycheck every month.  It’s my happy place, but at this point, happiness is costing me everything else.

Emotionally, being Black and Doing this Shit By Myself is a lot.  Not having someone next to you, sharing the burdens of your stressful ass day.  If causes you to go to Facebook, Twitter, and Tumblr to share your woes. . . and get labeled Thirsty and/or Emo. . . .

So yes, this is my official Declarative Definitive Statement:

I’m trying to be Weak, White, and Dependent. 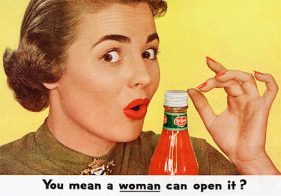 1) OMG, I so just messed up my new pedicure in Yoga, I’m gonna have to go back after I go tanning

3) Gosh guys, I think we should go on this cruise next weekend, this means I have to pull some money out of my Savings Account 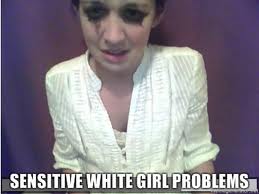 Is that too much to ask? I mean really? Is it?

Judge me if you want to . . . I gives NOT a Damn. But I just felt that I needed to share this life changing moment with others.

As Always, Comments are Welcomed . . .